Mike Szabo is a singer, guitarist, and painter. He’s adopted these titles late into his life and has worked hard at developing each skill.

Mike first attempted painting on vacation in 2011, with art supplies borrowed from his daughter Elise. He had encouraged and admired her talent in both art and music. His foray into painting was merely something to do, an attempt to see if he could paint. He admits that first result was pretty iffy. Regardless, he found a passion and he started taking art classes at Alberta Art and Drafting Supplies in 2014.

“When I first started, it was all about erasing what I thought knew about painting and starting from scratch. I didn’t touch colour for over a year and a half. It was all black and white. It was all about values and relationships within the image. I went from being someone who didn’t draw anything—couldn’t draw, never painted anything, other than a fence. And all the sudden, ‘Oh, I’m doing this.’ 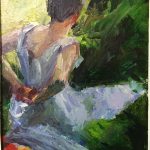 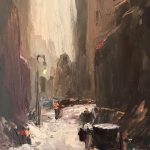 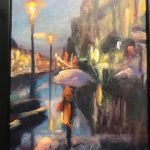 If I have advice for anyone: Don’t think it’s too late. I didn’t start painting until I was into my 50’s, and I didn’t get into the music scene until I was 58.”

Mike grew up with a musical family and has raised one too. His earliest musical recollection is when his mom used to get him to sing in front of her friends. “Then I got a guitar at 14, learned “House of the Rising Sun” and played that for ten years and never really progressed further. I always thought I wanted to put on a show or have a band, but I never did. You know, family came and with it, kids and responsibilities. It wasn’t until that ended 28 years later that my nephew got a hold of me and said ‘Sorry about the break-up, sounds like you need some guitar therapy. Why don’t you come out?’ We played for 3 hours and he said ‘Well actually, I brought you out here because you and I should start a duo together.’ Since forming Woodstuck with his nephew in 2017, Szabo has made music his primary artistic focus, but he is excited to showcase his visual art for first time.

Szabo’s first art exhibition will be at the Velvet Olive throughout March. Pieces from across his career will be on display showcasing his early acrylic landscapes and studies in impressionism and technical skills. Following in his daughter’s footsteps, Szabo will be combining his talents by playing music during his First Friday opening, March 1st from 6 to 8 pm. 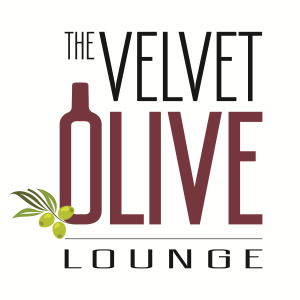