Too many bands take themselves too seriously and Red Deer’s dance party alt-rock supergroup The Pits or more recently—The Pits Planet Earth—know that. This group of interstellar misfits know how to have a good time and know how to write catchy tunes and that’s all they really need. It’s how they were able to make a song like “Tyrannosauruship Wrecks,” which is just so unbelievably catchy, simple, and jovial.

“We decided early on that if making the music ever turned out to be a drag, then we would shut er down,” says vocalist Trav James who also sings lead vocals in the heavy rock band Dusty Tucker. “That song in particular came out from a jam when I was playing guitar. That guitar lick is so simple because I’m not the great a guitar, but it is catchy.”

The Pits Planet Earth were recently in Edmonton filming a music video for an unreleased track called “Subhuman” and knowing the group’s history, you can be sure that the video will have robots, neon lights, and other whimsical treats. Oh and roller disco. You can’t forget the roller disco. “We definitely pride ourselves on our music videos,” says vocalist and guitarist Rebecca Raabis. “We put a huge amount of hours into developing the concept, making the costumes and all of that fun stuff. It may look like a random mishmash of stuff on the video, but there’s actually a lot of planning.”

The music video will coincide with the group’s ongoing futuristic space theme and just in time for their annual Intergalactic Formal, a cosmic event filled with planetary tunes, spacey costumes, and infinite dance moves.
“We’ve decorated the venue to actually look like your inside a spaceship this time,” says Raabis. “Last year was a great turn out so we’re hoping to expand it next year.”

The Pits Planet Earth may even debut some new tracks from their highly anticipated debut album, but they still want to leave a bit of suspense. “We definitely want to keep certain things under our hat and still have a few surprises,” says James. “But you can be sure it’s going to be a good time.”

SCENE NEXT – The Pits Planet Earth’s annual Intergalactic Formal is Saturday, February 9 at The Krossing. Backing up The Pits will be Underside Pattern (Red Deer) and Dead Pixel (Calgary). 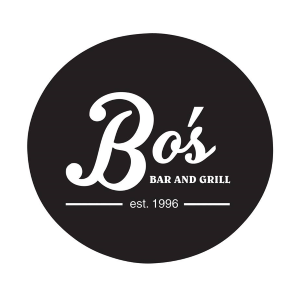