AS SCENE IN RED DEER

Kayla Williams is a pop vocalist, pianist, and veteran of the Red Deer music scene. Over the last decade she has graduated from Red Deer College’s Music Program, taught voice and piano to budding musicians, developed a following of Beach Boy fanatics through her YouTube channel, and performed in projects with her musical partner, Melody Stang, including their uncensored comedy duo, The Dirrty Show, and its G-rated incarnation, Tandem Yam.

After years of dedication to music, Kayla’s voice is stronger than ever and she has a catalogue of songs reflecting her growth as a songwriter. Her wit and humour shines in between her powerful pop ballads. have been honed through years of singing about balls in The Dirrty Show and performances with improv comedy troupe, Bull Skit. Her emotional performances are lightened as she banters with the audience and her fellow musicians.

Since her first single “One More Dose” was released last year, Kayla Williams has been walking through the doors it kicked open, leading to radio play, awards, festivals, a CBC Homeplace feature, and her own band of some of Red Deer’s finest musicians. A local supergroup, really, The End Fingers features Ryan Marchant on drums, Jeremy Doody on guitar, and Melody Stang on bass, with occasional finger Corey Gomez filling in when needed. Kayla has spent the summer at Melodious Design, learning the ins-and-outs of production and recording a new single with producer, Heath West. 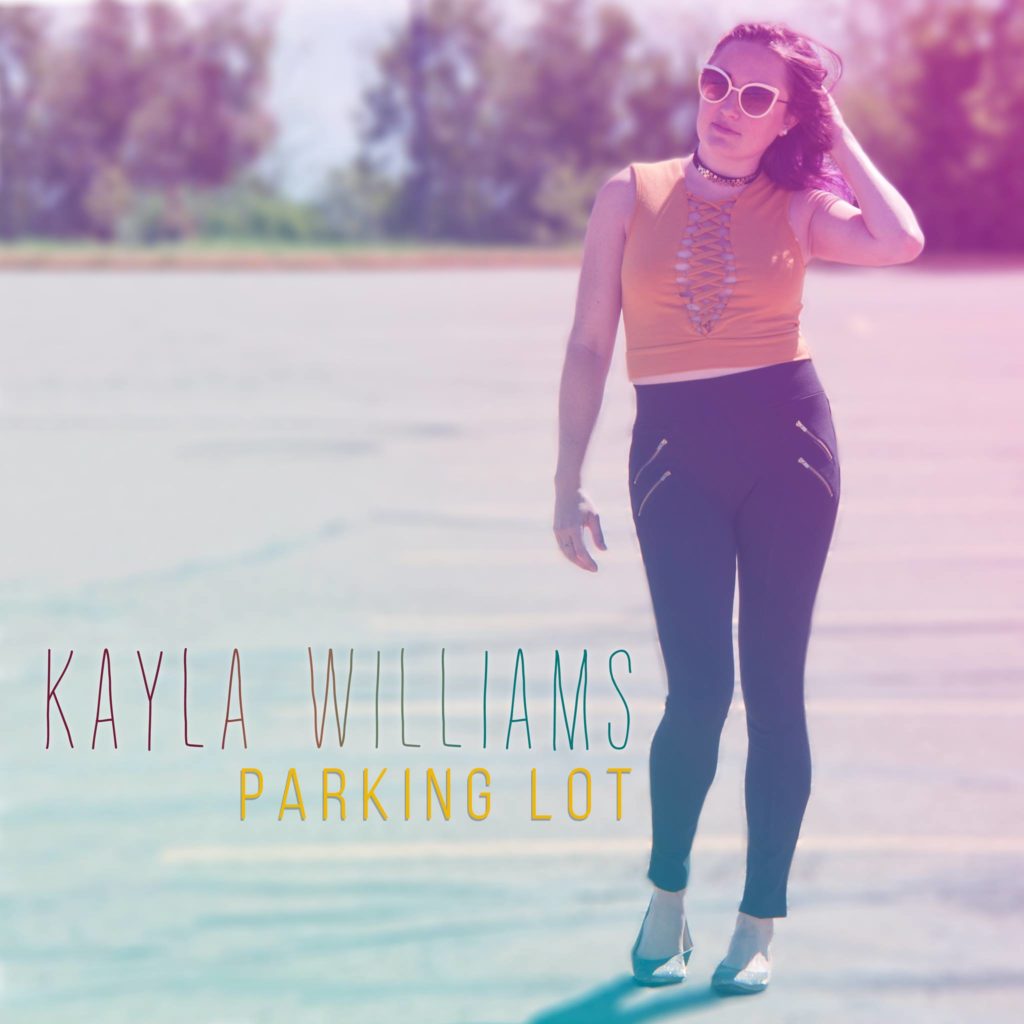 A shameless love of pop music is a rare thing in our city. Thankfully, Kayla and Heath are filling that void by building a sonic dream-home for her pop song-writing sensibilities. Walls of 80’s glitz and synths, harmonies like a staircase, and melodies so catchy you’d think you’re playing baseball in the backyard.

Where “One More Dose” is a heartbreak ballad steeped in emotion, new single “Parking Lot” is a love song for summer. It wasn’t Kayla’s first choice for a follow-up, but the response it’s received from her community convinced her it deserved a wider audience. It is an anthem for hazy heat soaked into a venue’s pavement and the head-rush of losing yourself with friends after a show. Naturally, a bit of that head rush might be the alcohol.

Check out her video for Parking Lot below.